If you ever used Django you have propbably used its manage.py to execute different things like:

There are lots of useful commands available built-in that you can use, as can be seen in the documentation (django-admin and manage.py). For example:

Let’s say that we for some reason want to fill a database model we have with some beer data. If you’re interested in beer, you might recall that Brewdog had a series of beers named "Hello, my name is...".

We will get information about those beers from a free API at https://punkapi.com

Preview of the beer data

In our Django app we build the model for the data:

We migrate the model into the database.

To add a new command we need to create a folder structure under our apps folder in the project.

Quote from the Django documentation

To do this, add a management/commands directory to the application. Django will register a manage.py command for each Python module in that directory whose name doesn’t begin with an underscore

So in this case we create an update_beers.py in the following folder:

The command code should include a Command class that sub-classes Djangos BaseCommand. The BaseCommand has one method that needs to be implemented, and that’s the handle method. It will contain the logic of our command.

The basic structure of the code needed can be seen below.

In this case, when we want to request an API for data that then will be written to the database, we will also use the requests library.

The full code for the command could look like this. (It is just for demo purposes. In a real world scenario we would probably not use the name of the beer to query if the beer already exists in the database.)

Execute our custom command by running:

Which will show the output: 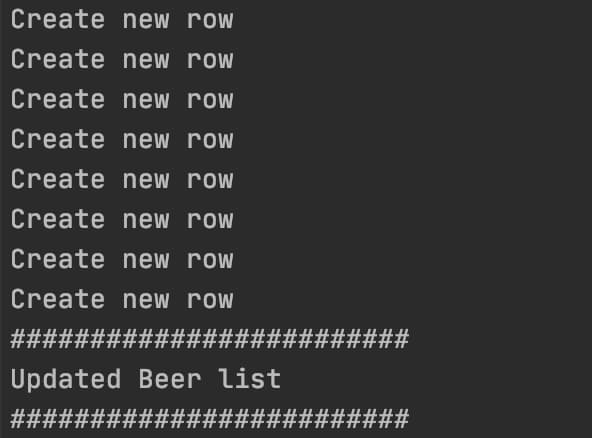 Output of running the command

If all goes well, the API will be requested for data about the beers, and the data will be written to the database.

In this article I have demonstrated how you can build your own custom manage.py command in Django. The article shows how you can build a custom command to get data from an API via the requests library and store that in the database.